Why'd the chicken cross the road? Why indeed? 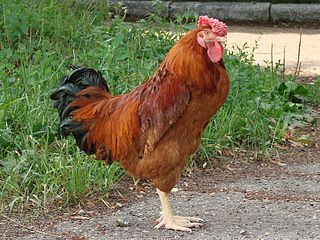 Why did the chicken cross the road? Since mentioned in The Knickerbocker (a magazine in New York) in 1847 the joke has been asked time and again and thousands of variations have been created. It was published under the Editor's Table column, one of the paper's hit columns put together by Lewis Gaylord Clark's. The answer in The Knickerbocker was 'Because it wants to get on the other side!'. The riddle was an example of anti-humor in the original column. When you first hear the question you may think the answer would be interesting or clever, it is funny because it is so obvious and the opposite of what you would expect. The riddle had become widely known by the 1890's when a similar riddle was published in Potter's American Monthly, a monthly magazine published in Philadelphia Another popular publishing of the riddle was in a monthly magazine out of Philadelphia, Potter's American Monthly, in the 1890's after the riddle had become widely popular. 'it would be a foul proceeding' was the answer in this publishing.

From its original publishing in The Knickerbocker the riddle is known by almost everyone in the English-speaking world. The riddle in Potter's American Monthly is one of thousands of similar riddles that have been created since its original conception. Entire websites have been dedicated to these kinds of riddles. The riddle has also moved across cultural and linguistic barriers to some extent.

The chicken joke was one of the first and most popular riddles to spark an increase in anti-humor in popular comedy. This brand of humor has become especially popular in stand-up comedy. More recently it has spread to all areas of comedy with some comedians basing their entire routine on anti-humor. This is satirized by the hit Comedy Central show South Park in the episode Funnybot from season 15, episode 2. In the show the German people are voted the least funny people so they create a robot that is perfect at the art of comedy. The robot says random vulgar jokes, then yells 'awkward' and everyone laughs. The fact that anti-humor is not funny makes the situation awkward and funny in these instances.

One seven word riddle has transcended time to spark cultural revolutions to this day. It'll be fun to see where the chicken is in another century.