Riddles of World of Warcraft 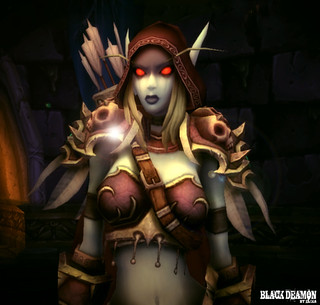 In the beginning, there was Neverwinter Nights. Since then massively multiplayer online role-playing games (MMORPG's) have exploded in popularity and come to dominate the world of hardcore gamers. From lands filled with orks and elves to intergalactic battle, almost every world imaginable exists in these games. But which world reigns supreme? For most people this is easy. It not only has the most subscribers but it has become the poster-game for MMORPG's in popular culture, it was even featured in a South Park episode ("Make Love Not Warcraft"). And just like most quest-based games this one is full of puzzles and riddles that must be solved to complete these quests. Here are a few of them that have been asked throughout the long history of World of Warcraft:

These are the three riddles you must answer to get the mallet from the Monkey King.

Softly singing a song of pain
There is a creature tortured and lame. Way down south and beyond the wall,
It hides from its wikket masters' call.
Seek out the creature sad and somber,
And free it from its untamed amber.

The mallet you seek is not a toy for children,
It calls trouble like the song of a siren.
A test of strength the Monkey King will require,
Before you receive this tool of your desire.
At the Temple of the White Tiger you will find
A challenger to test how well you are resigned
Step through the main door and then turn right down the ramp
Challenge the ook waiting for you there like a champ!

Once you 'solve these riddles' and complete the quest you get the mallet and some other benefits. Another progression of riddles in the games are Cortello's Riddle's. These resemble a treasure hunt, answering one clue to lead you to the next:

There is an ornate, well-traveled bridge
East of Deadwind and south of Redridge
Underneath there waits something for you
Some call it a hint, others a clue
There it will lie for endless tomorrows
Biding its time in the Swamp of Sorrows

You get a scroll leading to the next clue:

After you find this scroll in Bloodfen Burrow you have the final clue to the treasure!

To Lordaeron! The great land of turmoil Where brave soldiers with death do toil Find your way through the great unrest There you will find the end to this quest Along the coast of the Hinterlands, at the base of the great falls Underneath the water there does your treasure call!

This final clue takes you to the falls of the river that flows through The Hinterlands at the Overlook Cliffs. When you open the chest you will get the Explorer's knapsack.

These are only a couple of the riddles hiding throughout World of Warcraft. Enjoy them, but most importantly, solve riddles.