Riddles of The Hobbit 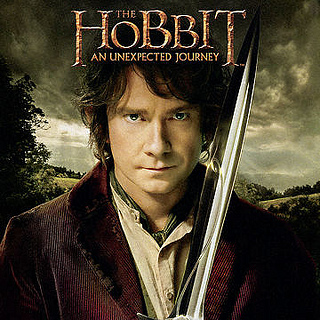 Riddles have played an important role in history, literature, film and more. Often times, the villain of a story will be a sadistic, riddle-telling genius who prides himself on being able to mentally out-wit his opponents. This is true in the case of J.R.R. Tolkien's "The Hobbit." In a portion of this book (and movie), Bilbo must play Gollum's game of riddles in order to make it out with his life still in tact. Here are some of the riddles that were played in the story (the answers are listed at the end):

What has roots as nobody sees,
Is taller than trees
Up, up it goes,
And yet never grows?"

"No-legs lay on one-leg, two legs sat near on three legs, four legs got some."

"An eye in a blue face
Saw an eye in a green face.
'That eye is like to this eye'
Said the first eye,
'But in low place
Not in high place.'"

"Alive without breath,
As cold as death;
Never thirsty, ever drinking,
All in mail never clinking"

"It cannot be seen, cannot be felt,
Cannot be heard, cannot be smelt.
It lies behind stars and under hills,
And empty holes it fills.
It comes first and follows after,
Ends life, kills laughter."

"A box without hinges, key or lid,
Yet golden treasure inside is hid."

If you aren't already familiar with the riddles of this book/film, give them a go and see if you would have made it out of the game alive.

The answers for the riddles are listed here: time; mountain; Fish on a little one-legged table, man at table sitting on a three-legged stool, the cat gets the bones; sun shining on daisies growing in a field; fish; dark; teeth; egg