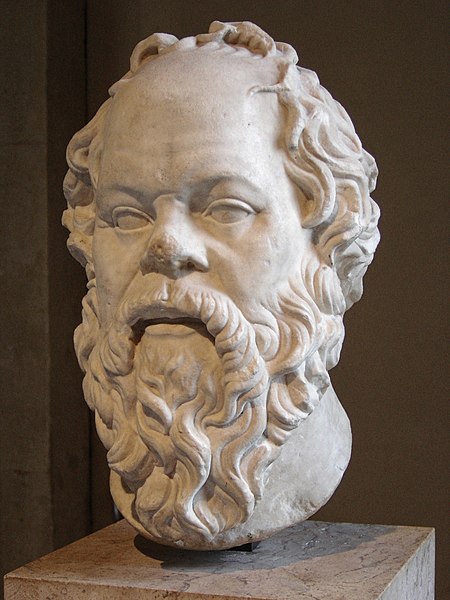 Socrates was a great Greek Philosopher who lived from 469 BC to 399 BC. His life and his ideas mark one of the most drastic transformations in philosophical ideals in human history. Before him there had been an array of other philosophers in Greek society but they all had different ideologies. These varying philosophies did not survive nearly as well as Socrates' own, especially since a lot of his own ideas still survive to this day. The train of thought often regarded as being the first is that of the Milesian school. The philosophers of this group believed that everything arose from water. Aside from starting this new train of thought, Socrates also taught another one of the most famous philosophers, Plato. Plato consequently taught Aristotle who then taught Alexander the Great; all of which were great men who have had a large impact on philosophy to this day. Another interesting thing about Socrates is that most of what we know about him is from secondhand accounts of his life, especially from Plato. Unlike most of the figures featured in our articles Socrates didn't actively chase riddles, but his life was greatly affected by riddles and he encountered many of them in his life.

Since Socrates didn't put a lot of effort into including riddles in his works most of them are inadvertent. The most popular example of a riddle from his life comes from the Oracle of Delphi. The Oracle is asked by a man:

Is anyone wiser than Socrates?

The Oracle answers simply with "no!" This becomes a riddle for Socrates and he must find out why this Oracle said he is the wisest person since he knows that he is not. Eventually he comes to the conclusion that his wisdom comes from the fact that he can admit that he does not always know the answer, unlike other wise men.

Another possible riddle from Socrates that comes from Plato's recount of some of his life experiences:

Crito, we owe a cock to Asclepius. Pay it and do not neglect it.

These are supposedly Socrates' last words. What do they mean exactly? That is the riddle. They can be taken for face value or analyzed to have more depth than meets the eye.

Socrates was one of the founders of modern day philosophy, founding it over two thousand years ago. His ideas were impressive for his time and still impress people to this day. For more on Socrates visit his Wikipedia page.

For some riddles of your own visit the Kids Riddles Section.