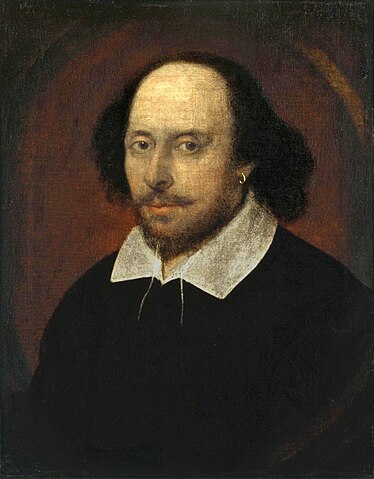 William Shakespeare is often regarded as the greatest writer in the English language. Throughout his career he wrote/co-wrote about 38 plays and acted making a name for himself. Currently his plays are performed more often and in more languages than any other playwright ever. He wrote his plays about a variety of subject matter and themes making them widely relateable. One less known and studied aspects of his plays is the many riddles he tells in them. In many of his plays there are riddles told from one character to another, and they are important.

What is he that builds stronger than either the mason, the shipwright, or the carpenter?

The answer is a gravedigger. This riddle is from one of the gravediggers to another just before they encounter Hamlet. It is important because it goes along very well with the theme of death and the unknown throughout the story. Just like death is unknown and ominous so is time. For more on Hamlet visit the Wikipedia page.

Golden casket: Who chooseth me shall gain what many men desire

Silver casket: Who so chooseth me shall get as much as he deserves

Leaden casket: Who chooseth me must give and hazard all he hath

Each of these riddles are on a different casket and designate what is on the inside of each casket. Portia's father left these caskets to pick Portia's husband. Whoever chooses the correct one wins her hand. When each of them the following is found inside:

For more on the Merchant of Venice visit the Wikipedia page.

2. Be bloody, bold, and resolute; laugh to scorn The power of man, for none of woman born Shall harm Macbeth.

3. Be lion-mettled, proud; and take no care Who chafes, who frets, or where conspirers are: Macbeth shall never vanquish'd be until Great Birnam wood to high Dunsinane hill Shall come against him.

All of these riddles are given to Macbeth by three witches and are all apparitions. The first one means that he must beware Macduff, pretty straight forward. The second riddle is a little more cryptic and takes more information. Macduff was born through Cesarean section so technically he wasn't 'born'. The final riddle represents Malcolm and how he approaches Macbeth's castle, hiding among the trees. Macbeth originally thought this simply meant that trees would stop him. For more on Macbeth visit the Wikipedia page.

Here's a riddle, uncle. Is the lunatic a gentleman or an ordinary guy?

The answer to this riddle also spoken by the fool:

No, he's an ordinary guy who's got a gentleman for a son, since someone would have to be crazy to let his son become a gentleman before he's achieved that distinction himself.

For more on King Lear visit the Wikipedia page.

For some great riddle of your own visit our best riddles section.