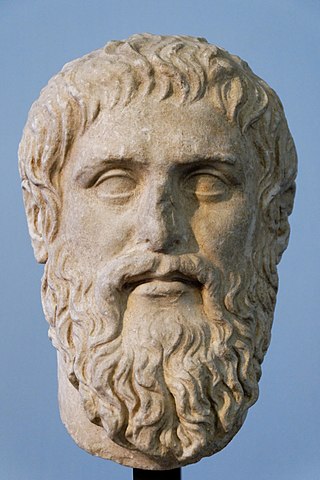 Plato was a man of science who lived in the 300's and 400's BC. He was mentored by Socrates and taught Aristotle at his institute for higher learning, simply called the Academy. When tracing back almost any branch of science, literature, philosophy, or mathematics it is hard not to arrive at Plato at some point. The primary modern application of his works is in philosophy though. Like many Greek men of logic, Plato recognized the great importance of riddles in society. He saw that they were a great test of intelligence and wit, and that they are great for children. One great source of Plato's riddles is his dialogues, namely The Republic. Here is a long riddle from this dialogue:

After this manner:--A city which is thus constituted can hardly be shaken; but, seeing that everything which has a beginning has also an end, even a constitution such as yours will not last for ever, but will in time be dissolved. And this is the dissolution:-- In plants that grow in the earth, as well as in animals that move on the earth's surface, fertility and sterility of soul and body occur when the circumferences of the circles of each are completed, which in short-lived existences pass over a short space, and in long-lived ones over a long space. But to the knowledge of human fecundity and sterility all the wisdom and education of your rulers will not attain; the laws which regulate them will not be discovered by an intelligence which is alloyed with sense, but will escape them, and they will bring children into the world when they ought not. Now that which is of divine birth has a period which is contained in a perfect number, but the period of human birth is comprehended in a number in which first increments by involution and evolution (or squared and cubed) obtaining three intervals and four terms of like and unlike, waxing and waning numbers, make all the terms commensurable and agreeable to one another. The base of these (3) with a third added (4) when combined with five (20) and raised to the third power furnishes two harmonies; the first a square which is a hundred times as great (400 = 4 X 100), and the other a figure having one side equal to the former, but oblong, consisting of a hundred numbers squared upon rational diameters of a square (i. e. omitting fractions), the side of which is five (7 X 7 = 49 X 100 = 4900), each of them being less by one (than the perfect square which includes the fractions, sc. 50) or less by two perfect squares of irrational diameters (of a square the side of which is five = 50 + 50 = 100); and a hundred cubes of three (27 X 100 = 2700 + 4900 + 400 = 8000). Now this number represents a geometrical figure which has control over the good and evil of births. For when your guardians are ignorant of the law of births, and unite bride and bridegroom out of season, the children will not be goodly or fortunate. And though only the best of them will be appointed by their predecessors, still they will be unworthy to hold their fathers' places, and when they come into power as guardians, they will soon be found to fall in taking care of us, the Muses, first by under-valuing music; which neglect will soon extend to gymnastic; and hence the young men of your State will be less cultivated. In the succeeding generation rulers will be appointed who have lost the guardian power of testing the metal of your different races, which, like Hesiod's, are of gold and silver and brass and iron. And so iron will be mingled with silver, and brass with gold, and hence there will arise dissimilarity and inequality and irregularity, which always and in all places are causes of hatred and war. This the Muses affirm to be the stock from which discord has sprung, wherever arising; and this is their answer to us.

The purpose of this riddle is to explain that the city he is discussing will degrade over time. In this riddle he calculates something he calls the "human number" that describes the number of births in which human kind is improved and births in which it is worsened. Obviously this is not strictly mathematical and better and worse births are not calculated in this manner. The riddle is still a great math riddle. It is very hard to say what the final answer is exactly because the mathematical principals and definitions of Plato's time were sometimes ambiguous and uncertain, making it impossible to be sure of what he meant the answer to be. One interpretation and answer explanation can be seen here.

Another great riddle that Plato alludes to in The Republic:

Essentially the question of this riddle is how is this possible. The solution is as follows:

A eunuch who did not see well saw a bat perched on a reed and threw a pumice stone at him which missed.

All of the terms used in this solution allow for all of the ambiguities found in the riddle.

Plato talks about riddles and their relation to intelligence, mathematics, children and logic throughout his works. He recognized how important riddles are. He was a great writer, mathematician and philosopher who has become immortal through his thoughts. For more on Plato visit his Wikipedia page.

For some great riddles of your own visit the Hard Riddles section.