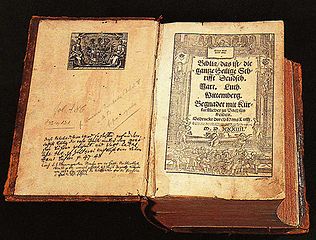 We encounter riddles on almost a daily basis and think nothing of them, but where did all of these literary gems come from? If we dive into the past it's not that hard to discover the truth of the first riddles in recorded history. With the invention of the internet unlimited numbers of riddles have become accessible to everyone, but it hasn't always been that way. Before the invention of the internet, radio, and television people only came into contact with riddles from direct conversation and from reading. One of the most well-known riddles actually comes from this period of time:

Why did the chicken cross the road?

The answer of course is to get to the other side. This is obviously not the oldest riddle but it does show that it doesn't take extreme amounts of technology to make a riddle become well-known. When searching for the oldest riddle, two of them appear to compete for the title:

1. Which creature has one voice and yet becomes four-footed and two-footed and three-footed?

The first riddle is often known as 'The Riddle of the Sphinx' and comes from Greek Mythology; the answer to the riddle is usually said to be man. The second riddle is from The Book of Judges from the bible. Samson tells the groomsmen at his wedding the riddle and will give them garments if they can solve it, the answer is 'What is sweeter than honey? and what is stronger than a lion?'. This riddle from the bible was written in the 6th century with the rest of The Book of Judges. The Riddle of the Sphinx has its earliest roots from about 470 BC. This is the earliest record of the riddle from the story, although the story itself is known to have taken shape around 600 BC. With this limited information it is hard to tell which riddle actually came first but there is strong evidence in favor of the riddle from the story of Samson, making this the oldest recorded riddle.

But, in fact, neither of these obvious choices are actually the first known riddle. The first recorded riddle was from Rhind Mathematical Papyrus and can be dated back to 1650 BC. It goes a follows:

There are seven houses;
In each house there are seven cats;
Each cat catches seven mice;
Each mouse would have eaten seven ears of corn;
If sown, each ear of corn would have produced seven hekat of grain.
How many things are mentioned altogether?

The answer is very ambiguous and could be one of 9 different answers. For more information about this riddle visit the Wikipedia page.