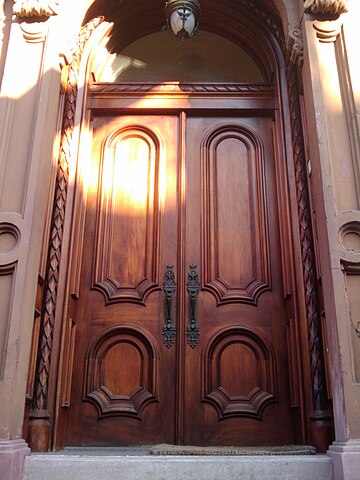 We all know what knock knock jokes are. If somebody walked up to you on the street and said "Knock knock," you would probably respond "Who's there?" There are few other phrases and responses that are ingrained into our minds to this extent. But where exactly did these sorts of jokes/riddles come from? This question is yet to be answered. We don't know where exactly these jokes were first conceptualized, but we do know when they were first known to appear in the media (primarily newspapers and magazines). The first appearance of knock knock jokes in popular culture that we know of was in 1934 in a newspaper. The joke was given as follows:

Knock--Knock.
Who's There?
Rufus.
Rufus who?
Rufus the most important part of your house.

This particular joke seems very childish to us, but when it was conceptualized and printed it wasn't. From this point the game quickly became the most popular parlor game and would maintain this popularity until the early 1960's. It became very popular by 1936, one popular joke from this time period:

Knock knock.
Who's there?
Edward Rex.
Edward Rex who?
Edward wrecks the Coronation.

This type of joke became stale rather quickly because this format of joke doesn't leave much leeway to be creative. Since the invention of the joke, the largest and most popular variation has been the interrupting cow variation that goes: